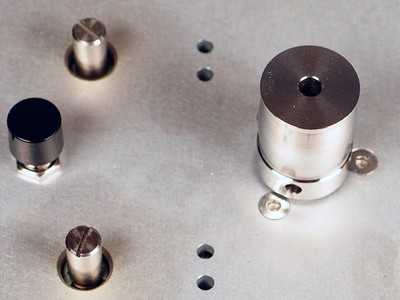 Our customers expect a lot of us, and one of them is a fellow you may know from his Audiogon screen name: “palasr”.

He was an early Galibier adopter and when Joel Durand asked me for recommendations for a beta test group for the Durand Talea, he was one of the first people who came to mind.

He just received delivery of his controller update and conveyed his impressions to me.

He was not always thrilled with what we did, and like myself, he knew that the upside potential for our turntables lay in our drive system.

He moved from the original drive system to a Mark Kelly designed unit which he used until he upgraded to our major update in 2014.

In other words, while he was impressed, he’s not a “true believer”, and I trust and depend on critical thinkers like him to serve as a reality check for me.

Here are his comments:

I got the controller installed yesterday and my initial impressions are exceptionally positive.  Yes, there is more airborne rotational noise, especially at 45 RPM, but I generally don’t listen in the 50 dB range, so it’s not an issue for me.

What has struck me thus far is the instantaneous nature of note attack and leading edge transients being rendered so much more clearly, from the midrange on up.

Harmony vocals seem much more distinct, and less ‘massed’.  Intelligibility of lyrics has been taken to a new level.  Continuousness to use Harry Pearson’s phrase.

Speed stability is (shockingly) even better than before (I didn’t have to adjust the trim pots one iota) – it’s also amazing how rapidly it achieves speed lock.

I’m assuming it simply likes running at the higher RPM.  I think there’s a lot to be said for having the belt spend less time in contact with the pulley per revolution – enough to maintain good traction, but rapidly enough to not give the controller time to ‘think’ about speed corrections (or maybe it’s performing the calculations that much more rapidly).  Fascinating either way.

The system hadn’t quite fully hit stride last night before I had to go to bed, but this evening I’ll give it a more thorough listen and play some slightly more diverse music to put it through its paces.

This is not a teaser. This is an actual report we sent to a customer, complete with

over 30 pages of setup tips, charts, microscope photos, and more.

After subscribing, we’ll send you an email to verify your request, and then, a confirmation e-mail with a download link.