Earlier this year, a customer contacted me to evaluate two tonearms and three cartridges for suitability with each other.

One thing led to another, and I agreed to assust in the restoration of his Garrard 301.

Down the rabbit hole I went.

I agreed to take on the role of a contractor/intermediary:  signing off on work of the 2nd restorer, assembling and running full QC on the entire rig, and eventually, delivering the setup to the customer in a plug and play state.

With my continuing concern for challenges presented by COVID, we developed a workaround for delivering it to its home.

This restoration ended up being a series of pitfalls, problems, and traps.

“Toto:  I’ve a feeling we’re not in Kansas anymore”

Well, this customer actually does live in Kansas, and this restoration took him on a journey he couldn’t have anticipated in advance.

His trip to “Wonderland” began with a restorer in the UK, which included (among other things), a machined replacement chassis, a heavier platter, and a bearing which I believe was modified by this fabricator.

“And if you go chasing rabbits, and you know you’re going to fall …”  (Grace Slick)

My customer sourced a plinth which turned out to have a few minor flaws.  A local installer advised him to replace (rather than repair) this plinth with a slate plinth, which he “coincidentally” had access to through an associate in NYC (hint:  there are no coincidences).

This second plinth was apparently cut by an amateur:  the chassis cutout exposed a space, and the holes for the mounting studs didn’t line up.  Other than that, it was perfect.

Oh yes … the re-manufactured bearing leaked as well.  The names of the guilty have been  withheld for legal reasons.

We were essentially starting from scratch.

My customer identified a Garrard restorer in Idaho (Chris Harban of Woodsong Audio).  I reached out to my contacts, and received excellent feedback on Chris’ Garrard restoration work, and  I advised my customer to proceed.

Chris was too busy to fabricate a base, and we decided on a fabricator in the UK for this part of the project (Shaun at SMD Acoustics/Peak Hi-Fi).

We were walking into the plinth fabrication blindly, but our confidence level in Shaun was bolstered by his excellent communication throughout the process.  Fingers crossed …

The seasons changed, and August saw the delivery of the SMD base.  Our confidence in Shaun’s work was well-founded.  His work is beautiful and upon delivery of the chassis, everything lined up perfectly.

In early October, the Garrard landed on our door step.  The finish line was near.

Things ran relatively smoothly from that point, although we did run into one problem that puzzled both Chris and me.  As we collaborated, I determined that one adjustment had slipped – likely during shipping.

The full story is in the setup report I produced for the customer, and if you’re interested in reading about it (complete with photos), e-mail us for a download link (customer’s name redacted for privacy).

In conversations with the customer, I proposed a modification – to fabricate an arm rest for his Schröder CB tonearm.  You may know that Schröders don’t have any sort of arm rest to securely park the tonearm.  The arm sits on the cueing platform when “parked”.

Fabricating an arm rest  would prove to be a nice touch in everyday use, as well as to serve as a more reliable way of securing the arm wand for transport than by lashing it to the cueing platform.

Transporting a tonearm with a $10K Koetsu Jade Platinum cartridge mounted to the business end of a Schröder “heightens” my attention level.

Shaun advised me that the armboard is slate, and that the necessary hole for the post could be drilled with a carbide tipped masonry bit.   The bit went through the slate as if it were butter.

The result was the arm rest you see in this photo.

Getting back to Kansas …

The next hurdle was delivering the turntable – this, in light of concerns which I continue to have about COVID.

We arrived at a strategy to meet at an intermediate point between Galibier HQ in Colorado and his house in Eastern Kansas.

Traveling with a fully set up turntable presents challenges, but the split-plinth design of the SMD design reduced the weight of the chassis assembly, so that without the platter, it weighs on the order of 20-22 Lbs.

I was a bit uncomfortable with the idea of traveling with the upper assembly resting on the lower assembly, as it is a “tool-less” fit.  The upper layer sits on the lower layer via the friction of 4 suspension spheres.  One hard stop or sudden swerve would be a disaster.

I fabricated a travel frame for the turntable, and this secured the assembly.  Nothing short of rolling the car over would cause damage.

The Meet-up and the Road home …

Transferring at our meet-up point was a breeze.  I walked the customer through several of the finer points of the setup, and he was more than comfortable with the remaining operations involved in getting up and running:  install the counterweight, set the tracking force, and play records!

Delivery was a success, and we timed our journeys so we arrived home within minutes of each other. 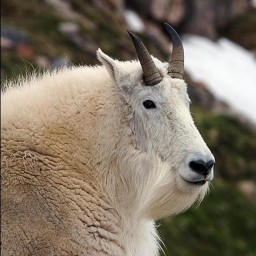